12 Shocking Statistics That Reveal How Much Stuff We Actually Own 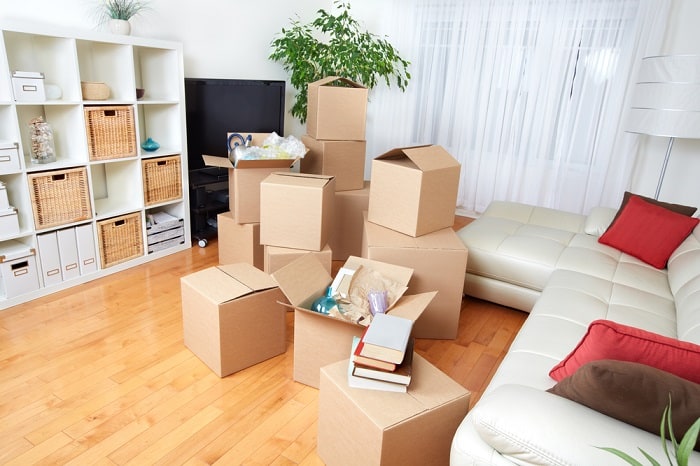 With the rise in success of the Netflix show Tidying Up with Marie Kondo starring obviously the Japanese organizing consultant and author Marie Kondo, many people are looking into their homes and realising how cluttered it is. Tidying Up with Marie Kondo is a documentary television series developed for the mega media-services provider Netflix. It follows Marie Kondo as she visits houses and helps them organise and tidy their homes. The show encourages everyone to declutter their houses and lean towards a minimalistic decor and arrangement.

The reason why the show is so popular is that it hit home for the majority of its viewers. You may not want to admit it but we all have stuff that we really do not need inside our houses. Most of us own way too much stuff that results in a cluttered look for our houses. Often, this leads us to rent out a bigger place than what we needed. Studies have proven that most families have extra bedrooms that are designated just for storing stuff — not just a garage or an attic but an actual bedroom.

While this may be affordable for some, most people are finding it harder and harder to keep up with this kind of lifestyle choice. Perhaps the biggest reason as to why this is an unsustainable habit is because of the issue of rent. Because of the crashing economy, rising population numbers and the shortage of space, rent has become one of the biggest thorns in everyone’s side.

For people living in major cities, rent takes up most of their salaries. A solution that many do is to downsize, moving from major cities to less populated areas or to transfer from big places to smaller flats. Unfortunately, the problem is that there is no space for their items and furniture anymore.

Here are 12 Shocking Statistics That Reveal How Much Stuff We Actually Own. Maybe this will remind you to declutter your house.

If you’re wondering where to put your items, here are 4 Ways on What To Do With Your Extra Items

You can give away your extra furniture and appliances to your friends. This ensures that your items do not get wasted. This gives your items a second life. Donating your items like used clothes and books, on the other hand, allows you to help out in the community before you move away.

Let’s face it. You should really just throw away some items. When moving to a new place, throw away all produce and food. Transferring grocery items into a new house is problematic. Spillages may occur and they may even rot on the way. That is why it is advised to just throw them away. Don’t buy groceries a week after the move and be creative with what is left in your refrigerator. You can even host a dinner party with all the food that you have so you can start with a clean slate.

Garage sales are a great way to earn money while getting rid of the items that you do not need or can’t fit into your new place. Selling them also gives your neighbours an avenue to your items that they want.

For items that you know you will need in the future but can’t fit into your new place, you can simply just store them in self-storage facilities together with your extra furniture and other valuable items that you can’t afford to part with. They will be stored in a secure storage facility waiting for you when you need them.

Whatever the reason, if you have ever needed to arrange self storage you have probably been overwhelmed by the different prices, discounts, features and services on offer.

Hopefully this site will bring some clarity to the pricing structures used by self storage facilities and show that big headline discounts for a short period do not necessarily mean a cheaper solution for you if you plan to store for more than a few weeks.